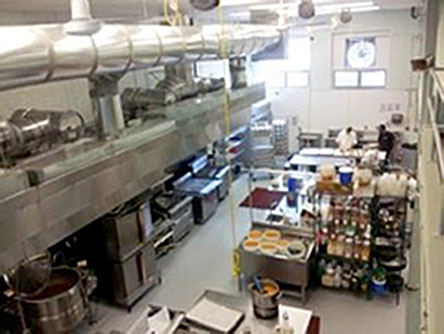 The Building was extensively upgraded and leased in its entirety to DiBruno Brothers, Inc., a renowned purveyor of fine foods.  DiBruno’s is utilizing the property as a warehouse and food preparation center for its catering business and as a distribution center for its multiple retail establishments.  Future plans include converting a portion of the Building into a storefront establishment that will offer a selection of sandwiches and prepared foods to the Northern Liberties neighborhood.

This 60 x 150 square foot site features 60′ of frontage on Fairmount Avenue and Olive Street with 9’-20’ clear heights, a roll-up dock loading for four cars or two commercial vehicles on Fairmount Avenue (with another roll-up door on Olive Street), four off-street parking spaces and an extensive in-place infrastructure that includes several walk-in freezer/refrigeration boxes, commercial dishwashing units, kitchen areas and a tasting room.  Furthermore, the property provides easy access for incoming delivery of foodstuffs from the ports and airport and is located less than 2 miles from the original DiBruno’s location on 9th Street in Philadelphia’s Italian Market, its flagship Center City location at 1735 Chestnut Street, its retail operation in the Comcast Center at 1701 JFK Boulevard and its newest location at The Franklin, 834 Chestnut Street.  The Building’s location is convenient to I-676 and I-95 allowing DiBruno’s to service its Ardmore, Pennsylvania store, as well as future planned expansions in Pennsylvania and the southern New Jersey suburban markets.